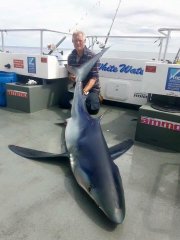 In the space of one incredible fortnight during July 2016, three potential British and two Welsh shark records were broken. I say potential because while there is absolutely no doubt about the authenticity off the three fish concerned, no records were claimed, and nor could they be, having been released after taking measurements for weight estimation in the case of the two boat caught fish. The biggest, a 368 pound Thresher Shark caught by Nick Lane, plus a 242 pound Blue Shark taken by Danny Fitch, were both disqualified through release by angler choice, and well done to both anglers and their respective charter boat skippers Daniel Hawkins and Andrew Alsop for doing that.

The third shark, a shore caught Porbeagle which would have been a record at any weight above the ridiculous British Record Fish Committee (BRFC) qualifying weight of 40 pounds which this fish clearly well bettered, was legally prevented from being brought to the scales even had captors Mark Turner and Simon Shaw wanted to, which again they didn't, all of which speaks volumes about some of the antiquated head burying dinosaurial thinking by some, though I stress not all of the people sitting on the BRFC today.

The Reinvention of Whitby. 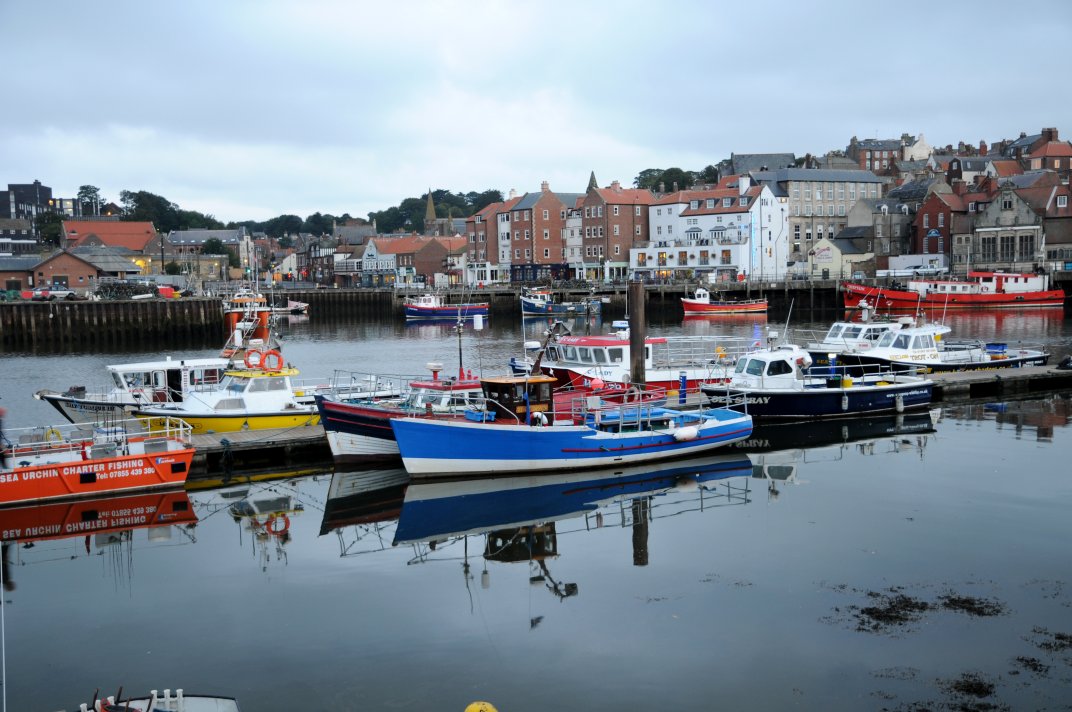 Britain's consistent number one charter fishing port. Quite an accolade, and quite a bold claim to make which takes some pretty strong backing up. I can think of a few venues that would most certainly be in the running, and right up there with them would have to be the North Sea port Whitby. I'm confident that few boat anglers would seriously argue with that. But, even a venue worthy of that level of status is not immune to its ups and downs on occasions as has happened in the past. The trick is in Whitby's case, that in climbing back up after one such a blip, it has completely re-invented itself in the process to the extent that anglers who fished it back in its halcyon days of the late 1970's through to the early 1990's would barely recognise the fishing in terms of approach. Tactically, it has had a total face lift, and one of the main architects here has been 'Sea Otter 2' skipper Paul Kilpatrick.

I remember fishing Whitby in the days when angling cobbles left the harbour here, and for that matter most other ports along the Yorkshire coast, loaded up with sacks of fresh mussels which the skipper would be relentlessly shelling for bait throughout the day. Long drifts over hard ground with bait were the order of the day back in those early years. Then the offshore wreck fishing exploded onto the scene with jiggers and muppets replacing bait, and huge Cod and Ling hauls, including records, replacing the more mundane catches on the mussel closer in. As a result, Whitby became a place of pilgrimage and rightly so as it added the Coalfish record to the Cod and Ling titles it had already claimed, and life in that corner of the North Sea had never looked more rosy. 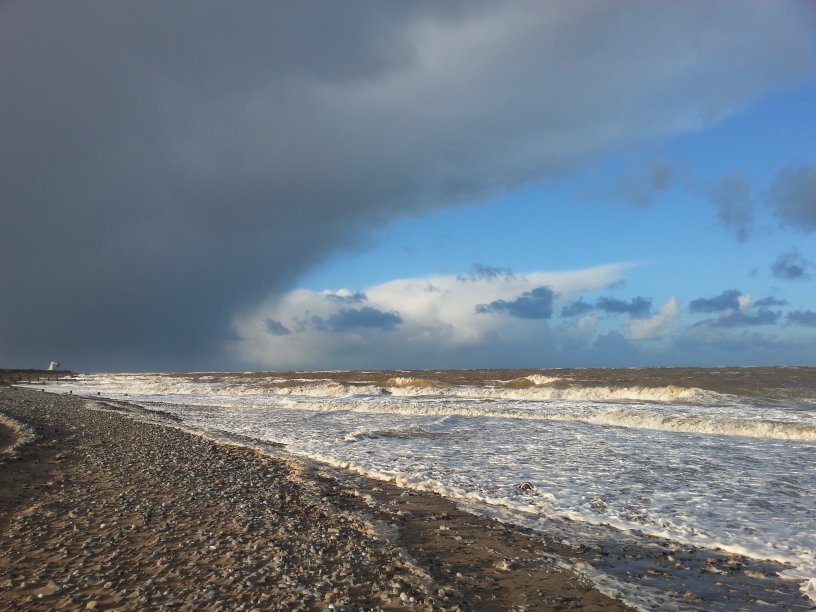 In December 2014 the TV news was buzzing with the imminent arrival of what is officially termed in meteorological circles as a 'Weather Bomb', defined as a drop of 24 or more millibars in atmospheric pressure within any rolling 24 hour period. A drop so great as to potentially whip up winds and seas as bad as any hurricane, and for the western side of the UK and Ireland, in that regard, it didn't disappoint. Exposed ground wind speeds topped 100 miles an hour and Atlantic wave heights were reputedly in the order of 60 feet and more. In short, the entire western side of the British Isles took one hell of a pounding. So too did the fish by anglers along the Lancashire Coast in the run up to the height of the storm.

I've read that song birds can detect a tornado coming a good couple of days before it actually arrives which is something the weather experts with all their technology still can't do yet. Other animals too have been implicated, giving them the opportunity to get the hell out of it before any physical damage is done. I'm sure fish can also sense impending change, either for the better or the worse, which is what brings them in on to the beaches when they know a good onshore blow is going to churn anything concealed out of the sand or weed and open up new larders to them. They also seem to know when enough is enough and it's time to pull back or risk damage to themselves, which is exactly what happened, certainly to the Cod looking to gain a feeding advantage, along the Fylde Coast just before the full impact of the 'Weather Bomb' was felt.